To: The United States of America

From: The Republican Party 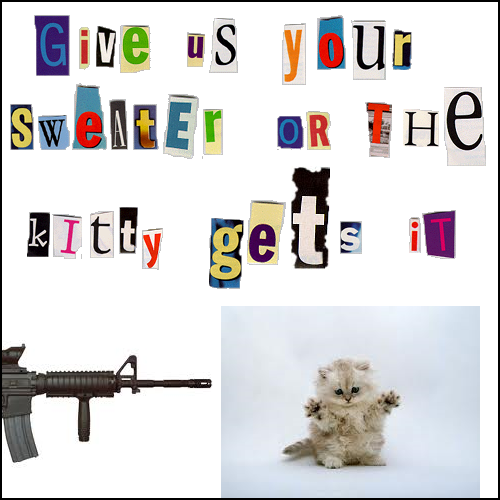 We have kidnapped your legislative process. If you ever hope to see a working constitutional government again, obey the following instructions TO THE LETTER.

Do not notify the police or attempt to trace the ransom. If anyone other than a millionaire or a billionaire, or their representatives, attempts to retrieve the ransom we will blow up the capitol building, even if we are inside it at the time.

Should you fail to follow the above instructions to the letter or, even worse, assist President Obama to succeed in any way, you will never see your democracy again.