Following a string of highly visible career implosions centered around Washington, D.C., Little Rock Arkansas and New York City, the Center for Disease Control (CDC) in Atlanta issued a stern warning to anyone considering an alliance—personal or professional—with Bill or Hillary Clinton. 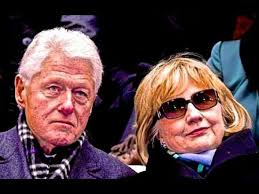 According to the CDC’s CLINTON TOXICITY ALERT, “There are two types of professional fatalities commonly associated with the Clintons: Individual and Institutional.” Individual Professional Toxic Infection usually occurs after experiencing regular or occasional contact with Hillary or Bill Clinton, where inevitably one is drawn into a web of deceit, dishonesty and self-enrichment. “Almost always,” the alert continues, “to the detriment of the victim’s reputation, as well as to their soul and moral compass.”

The CDC cites one recent case where the victim had as little as 30 minutes contact with a toxic Clinton. Blithely ignorant of being infected, she later explained, “We were only speaking about grandchildren and golf,” as if the superficiality of the conversation should have protected her from a toxic infection of her moral foundation. Later actions proved her highly susceptible to the sudden moral shrinkage that comes with Clinton Toxic Infection, her reputation now in tatters and universally execrated.

The fatal diminishment of institutional reputations is a common outgrowth of Clinton contact, especially regular ongoing contact. Institutions whose reputations were irredeemably stained or besmeared by contact with the Clintons include The U.S. Presidency, The U.S. Department of Justice, the U.S. State Department, The FBI, the Democratic Party, Goldman Sachs and the Clinton Foundation, though the latter is often listed as a perpetrator rather than a victim in the spread of the fatal disease.

Individuals or organizations who fear they may have experienced intimate contact with Hillary or Bill Clinton are advised to immediately seek counsel from a priest, Jimmy Carter or an exorcist.