The Stealing Of The American Presidency 2016 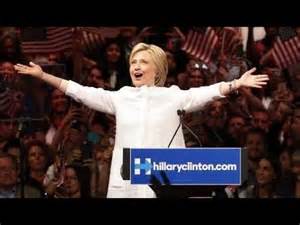 There was a movie late in James Cagney’s career called “Never Steal Anything Small.” I don’t remember the plot but the underlying message of the film was underscored in its title. These days I find myself marveling at the audacity it must take to steal something as huge and under such constant scrutiny as the Presidency of the United States.

That theft, of course, even though we are less than three months away from the general election, has already been planned and executed and only requires a few finishing touches on election day to actually put the Gonif (Yiddish for ‘thief’) into the White House next January. Because, if you know Hillary and Bill Clinton at all, you know they wouldn’t go to all the trouble of stealing the Democratic nomination in front of the entire country without having worked out the second half of the heist. Count on it, the concluding chapter of “The Theft of American Democracy 2016” is already in play.

Stealing the Democratic nomination was more than a singular act of political piracy, it was a practice run for the big event itself. And now they know IT WORKS! If they can steal the nomination from Bernie, they can easily steal the presidency from a dunce like Trump. The equipment is in place, the systems have been fine tuned, the accomplices have already proven their mettle, the news media has already shown it can ignore something as monumental as a coup d’etat without breaking a sweat; and none of our political, moral or religious leaders seem bothered enough to raise the issue from whatever platform they occupy.

Talk about a lazy, half-asleep, overfed, doped up and under-vigilant citizenry!

I guess we should just be thankful the Clintons didn’t also steal our shoes or wallets while they hijacked the Democratic nomination!

And speaking of the news media ignoring news…did anyone notice the adroitness with which Jake Tapper pulled the CNN cameras away from covering the massive delegate walkout at the Democratic Convention—real news that had accidentally been caught by CNN’s camera crew—to hastily switch back inside the convention where Boys II Men were singing oldies on the convention stage. Good work, Jake, you almost let a sliver of real news—news not authorized by the DNC or your corporate masters—escape to inform and educate your audience!

And who noticed that President Obama gave Hillary his endorsement while she was still under investigation by the FBI? Phew, that could have been embarrassing! Good thing the FBI finally concluded Hillary’s email imbroglio didn’t warrant an indictment. Otherwise, Obama might have looked foolish, if not complicit in her crimes.

I wonder if that was something Bill Clinton brought up in his 30-minute conversation with Attorney General Loretta Lynch? The conversation that would have been cloaked in secrecy had a reporter not seen Bill Cllnton going into the AG’s private plane on the airport tarmac in Phoenix?

The story gets more sordid the deeper you dig. But the audacity never diminishes. Yes, this is the Clinton Machine at its finest. Awash in dough, eyes on the prize, devoid of compunction or conscience, well staffed with sycophants, hirelings, henchmen; unstoppable with a complicit national political party and a DNC Chairwoman in its pocket. Not just “Stronger Together,” as Hillary’s latest theme announces, but also “CORRUPTER TOGETHER,” corrupting American Democracy, America’s Mainstream Media-ocrity, the upper echelons of the American government and an entire subsection of the American population to achieve its selfish, narcissistic ends.

Such is the state of democracy in the 21st Century!

Such is the audacity of audacity!