Our last blog posting on the care and training of rocks drew emails and letters from rock owners anxious to build upon the article’s understandably superficial lessons. Today, we offer targeted advice in response to your questions. 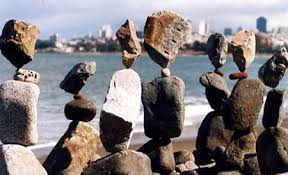 William G. of Hartford, Connecticut writes: “For some time I have observed Sparky, the favorite of my rock collection, frequently disappearing, sometimes for days on end, only to return covered in bruises and what I can only characterize as a smug, satisfied expression. What do you think is happening and, more importantly, what can I do to keep Sparky safe at home?”

William G., it’s my sad duty to suggest that Sparky isn’t actually a rock but a rolling stone. If that proves true there is little you can do other than accept Sparky’s natural inclination to periodically roam the highways and byways whistling Bob Dylan songs at sub-atomic auditory levels. This is perfectly natural behavior on Sparky’s part and nothing you should take personally. Besides, rolling stones deserve the same tolerance the Holy Bible teaches us to extend to all our fellow creatures (except, perhaps, gays, blacks, Asians or undocumented immigrants).

Ethel B. of Hingham, Massachusetts asks: “Is it bad form for me, as a young single woman, to take

my favorite rocks along with me on my dates? I ask because my rock collection clearly acts jealous and resentful when I display interest or affection towards possible suitors.” 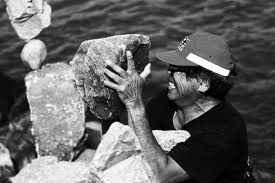 Training your rocks should not be a struggle!

Thank goodness you wrote for our advice rather than acting on well-intentioned impulses. Ethel B., DO NOT take your rocks with you on dates. As you’ve already seen, rocks are terribly jealous creatures with so little emotional control they will attack a rival suitor with deadly, gravity-defying intent. If your rock collection is large enough, it is conceivable your suitor’s very life could be at risk. Far better to pretend you are working a second job than to flaunt your active dating life in front of your rock collection. In fact, given that your rocks have already displayed disturbed emotions around this subject, I would strongly advise you not to sleep with them in your own bed. Of course, if there’s one particular rock you find especially attractive . . .

Moving on, Max W. of Clearwater, New Jersey writes to ask: “What is the ideal number of rocks for one’s rock collection? There are times when I think I may have more rocks than I can emotionally care for. As you know, rocks are such needy creatures and once ensconced in your life so very difficult to get free of. Tell me what you think, but please keep in mind I love all my rocks.”

Of course you love your rocks, Max; we wouldn’t suggest otherwise. To answer your question, however, there is no ideal number of rocks for one’s collection. Human beings, like rocks themselves, are all different, with different sets of needs. You might be a two-rock person while I might be a 2000-rock person. Nobody is wrong in this matter. There is no right and wrong when it comes to sharing your life with these stolid, long-term companions.

Lastly, for this week’s “A Rock’s Throw”, a number of you have questioned whether I was being subtly political in writing last week’s “How To Train A Rock.”

Ira R. of New Paltz, New York complains: “I don’t like that you tried to slip a column so overtly political right past me. Fortunately, my 78 year old mother who has asthma and collapsed cheek bones pointed out how similar “A rock” sounds to “Iraq.” How to train a rock. I get it. And thanks, Ma!”

And Shirley S. of Bedford Falls, California, writes: “What the hell was that all about? It wasn’t funny; I didn’t get the jokes; if there was a political message, it flew over my head. Who the hell are you writing this crap for anyway?”

Well, Shirley, you should be able to figure that out.

I write for the rocks.

The first thing one notices about rocks is they are essentially quiet creatures. Adverse to long discourses or extended bouts of conversation, they nevertheless are quite engaged in life. 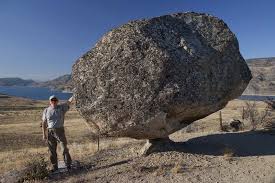 Constantly pondering the deepest and densest of life’s mysteries, thereby distracted to an apparent state of inertia, they are thought to be dull companions and highly unsuited to racquet sports or most other forms of physical activity.

Here at the Stone International Rock Training Institute we have discovered, and proven, I believe, that rocks are far more capable and sentient than we humans generally believe. In fact, it’s the rocks’ very ability to conceal their considerable capabilities from the general population that underscores the scope of their hidden powers.

So, what to expect when you bring home one of these seemingly inanimate creatures as a pet?

Expect love. Lots of love. Pound for pound, there isn’t a more loving, open-hearted creature than a rock, though they can be fickle at times. Until recently it was thought rocks heated up in the sun because of the sun’s rays. After much research, we now know their rising temperatures are psycho-romantic reactions. Rocks tenderly exhibiting warm feelings for their cousin, the Sun. Similar to the way their temperatures will flare-up when they’re with their masters. Unfortunately, such displays of affection often go unnoticed, leading to a deep-seated fear of rejection and humiliation in most mature rocks.

As unfortunate as that may sound, this fear of rejection will prove an important tool in helping you train a rock of your own. A simple example will prove the point.

Let us pretend we are training a rock to keep us company while watching TV in the evenings. Right off, most of us would make the mistake of placing the rock on a nearby chair or perhaps on the TV itself.

Ask yourself, could you watch TV if you were sitting on top of the TV? Of course you couldn’t. And neither could a rock.

As for the chair, it demoralizes the intimacy-starved rock to be placed so far away from you. It derails the very trust and intimacy you were seeking to instill. Far better to place your rock on a nearby coffee table at the beginning of the training cycle. The idea being, of course, to gradually inch the rock closer to you on successive evenings. By tantalizing the trainee rock with your increasing proximity, you enflame its desire for closeness, and will soon find not only a docile rock sitting on your lap, but a companionable one as well. 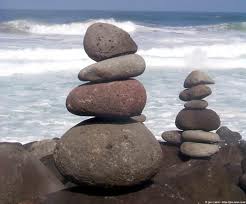 The majority of rocks that visit the Stone International Rock Training Institute come here for our “Good Companions” curriculum, which trains rocks for companionable relationships with all types of masters except toddlers, who need to be first trained not to eat rocks or stick them in their playmates’ eyes. We also offer a curriculum focused on “Security” for rocks being channeled into careers as Watchrocks or, possibly, projectiles.

Training a rock requires, well, rocklike patience. Much like human beings, rocks form impressions and psychological patterns in their early years that help shape their entire lives going forward. These impressionable “teen” rocks should be treated with great care and with great tolerance for their periodic mood swings and narcissistic bingeing. Should you discover you’re in possession of a teen rock rather than a mature one, don’t expect to win its trust anytime soon.

Unfortunately, we won’t have time this week to discuss “strays”, the wild, untamable rocks you find scattered most everywhere. Suffice it to say, many of the wild stories one hears about these highly independent rocks are true. They are unstable creatures to say the least. Unfriendly, sharply cunning and not very trustworthy. I would not want a stray rock living in my home, not even with my children fully grown and out of the house.

More about strays later on. For now, I’ll close this week’s “A Rock’s Throw” by inviting you, as always, to send me your questions about rocks and their proper training. Again, I must sternly request you do NOT send me the rocks themselves. And whoever threw that rock through the Institute’s lab window yesterday, I should warn you your rock has already conveyed your vital information to the police who are now on their way.

I forgot to mention, rocks are notoriously disloyal.

With the world growing ever more chaotic and worrisome, I felt the need to share a laugh or two. This essay is the first of a trilogy (humorous I hope) from my collection, “How To Train A Rock.”