Wealth is essentially finite. There’s only so much to go around.

When a nation’s wealth is concentrated in the hands of a few, the rest of its citizens are left with little 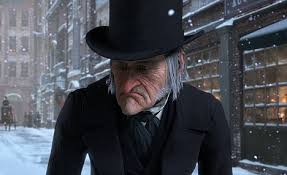 more than long days of struggle, painful progress and unattainable dreams. We see it in the Middle East, in Africa and Asia, and in Third World countries where rulers and their cliques soak up all the wealth like so much gravy.

No matter that those actions are thinly disguised behind Big Lies repeated over and over by agents and tools of the wealthy—by newspapers and TV stations owned by the rich, by a political process and Supreme Court controlled by the rich, by sound bites and legislation pushed by rich politicians—that taxes are unfair, that corporations are people, that the wealthiest among us have no obligation to assist the poorest, that government exists to protect wealth rather than its citizens, and that the surest way to help the poor is to advance the purpose and cause of the wealthy.

If you accept one basic premise—that wealth is finite—then all the financial, economic and social upheaval in our country starts to make sense. There isn’t enough to go around when one sector gets a lock-tight grip on the purse and the purse strings. Once that happens, with so little left on the table, those of us who aren’t rich find ourselves battling each other for an ever-dwindling share of the pie. Programs compete against programs. The needy compete with the needy. Infants battle the elderly and the poor for nutrition allocations. Recovering alcoholics challenge the homeless and disabled veterans for shelter dollars. Sesame Street scraps for funds needed to regulate Wall Street. All the while, the public sector continues to implode and gentrification elbows families and poor people out of their homes.

The recent attack on public sector unions in Wisconsin is merely the edge of the scythe as it begins to mow down the social contract we grew up with and came to expect from a civilized society. Collective bankruptcy is the problem, not collective bargaining!

Tax breaks for the wealthy that began with Ronald Reagan and continued under George W. Bush were beyond obscene, as are the bone-deep cuts to government programs now regularly enacted by a government bled dry of its assets by the Republican Party under the guise of fiscal responsibility. By protecting their excessive assets, the wealthy among us are endangering the lives and livelihoods of so many others. Children will go hungry; students will forgo college; retirees will see their pensions cut; people will lose their jobs and homes; many will go without winter heating fuel; cities will lay off police, teachers and firemen; while the health of our poorest citizens will dramatically decline—all so that a small group of wealthy individuals can amass and accumulate ever more and more money.

This is an updated version of an essay I wrote a few years ago. It’s quite shocking to me how far things have gone downhill since then. With the Republicans, as good servants of their wealthy masters, continuing their assault against social security and medicare, and virtually stymieing any attempts to combat Global Warming, this world is becoming a harsh and unfriendly place in which to live.