Anyone with eyes to see and half a brain to think knows Hillary Clinton stole the Democratic nomination from Bernie Sanders. 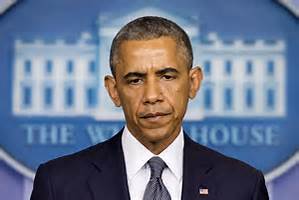 Should you be one of the millions who get their news from the Mainstream Media-ocrity, you probably need to read this report from Election Justice USA laying out the many ways in which Hillary and the DNC violated the US Constitution by trampling on the voting rights of millions of Sanders supporters—both those who voted for him and those who tried.

There are millions of us who don’t need to be convinced. We’ve seen Sanders’ votes stolen, flipped, deleted, shredded and ignored in primary after primary. We’ve seen final election results manipulated in Hillary’s favor on TV; in one case we watched as Hillary was declared winner of a primary where only 1% of the votes had been counted.

The leaked DNC emails were only the tip of the iceberg; 90% of Hillary’s election fraud consisted of illegally denying Bernie Sanders the votes he should have won: the hacking of electronic voting machines; the purging of voter lists; the switching of voters’ party registrations; the handing out of provisional ballots to Sanders supporters that would never be counted. The list goes on and on.

What’s probably most shocking about this clumsily managed strangulation of our constitutionally-guaranteed right to vote, is the fact our government did nothing about it. Did nothing to protect our rights even after it became obvious they were being violated. Everywhere you looked there were people shouting ‘foul!’; people petitioning Obama to step in and stop this criminal enterprise; people angrily protesting obvious and rampant voter suppression, people waiting for their government to do its job.

Meanwhile what did we see? We saw Hillary Clinton and her aides handed a golden “Get Out of Jail Free” card by the Justice Department and the FBI. We saw the FBI Director proclaim Hillary’s innocence in setting up a private server and exposing national secrets because there was no proof of intention. Even in light of Hillary deliberately deleting those emails after she’d been told to secure them, and having her aides smash her Blackberry phones to bits with hammers.

Which to my mind sounds suspiciously like destroying evidence and obstructing justice.

And what else did we see while Hillary was supposedly still being investigated by the FBI? We saw Barack Obama, the nation’s 44th president, endorse Hillary Clinton’s candidacy for the presidency.

And speaking of Obama, a man for whom I voted twice and once held in high esteem, why didn’t he step in? As the titular head of the Democratic Party, and a president who endorsed and campaigned for Debbie Wasserman Schultz, he had to have known what was happening. I personally signed two petitions sent to the White House. There were enough of the usual indicators, for example exit poll deviations that ran as high as 23% in one primary, and enough citizen unrest and online chatter that I find it highly unlikely Obama knew nothing about Hillary’s pervasive and blatant election fraud.

And so the question naturally arises, “What did Obama know and when did he know it?” Especially in light of all the bending-over-backwards our government did to declare Hillary innocent of crimes that many of us find shockingly obvious and riddled with intention.

Clearly, the fix was on for Hillary. I hesitate to speculate why Obama would risk his legacy and possible impeachment by eliminating all legal obstacles that stood between Hillary and the Oval Office.

But remember, Obama twice placed his hand on a bible and swore to protect and defend the constitution.

In failing to protect and defend America’s electoral system and the voting rights of millions of Americans, Barack Obama failed all of us. And committed by his inaction, in the face of obvious criminal acts, his own personal criminal act.

One that could place his name after Bill Clinton’s in the annals of American presidential history.

What did Obama know and when did he know it?

What do you think?

Also about the election: Why Millennials Will Never Vote For Hillary., What Did Obama Know And When Did He Know It?