Dorchester, MA—Being accused of insider trading apparently doesn’t do much for your bowling game. Just ask Sal Papsi and Lenny Michaels, both amateur bowlers, and both recently charged in the federal indictment now known as Bowling Gate. 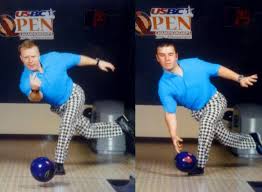 Papsi, who ordinarily scores over 225 a game bowled an average 137 per game in last Sunday’s “Massachusetts Bowl-A-Thon and Hot Dog Dinner,” while his co-conspirator and teammate Lenny Michaels was even further off his game.

“It was all those f#@king reporters with their f#@king flash cameras and f#@king questions,” Michaels angrily explained. “I aint racked up a f#@king score in a f#@king tournament like this since I first f#@king peed on my shoes!”

Fresh off the heels of their widely publicized indictment of a group of amateur golfing buddies for insider trading, Federal Prosecutors predicted Bowling Gate would prove once and for all the U.S. government treats all criminals alike, banker or deadbeat, champagne-drinker or beer-guzzler, privileged class or working stooge. Prosecutors indicated they would next be investigating inner city pick up basketball games and a North End bocce league.

A spokeswoman for the Federal Prosecutor’s office said that six men, all of whom are members of the Holes-In-The-Ball-Gang bowling team, conspired to trade inside information and tips concerning the Brunswick Bowling Company. Investigators quoted a subpoenaed email from Mr. Papsi, reputed bowling team leader, as cryptically advising his friends to hurriedly buy up Brunswick stock when he wrote, “You boys better stock up on big blue if you want to score this weekend, know what I mean, wink, wink!”

Reacting angrily to the charges, Papsi declared, “Holy shitake mushrooms, I was telling the guys to buy some egg-sucking Viagra, for heaven’s sakes! We had a damn-blasted three day weekend coming up and most of those flatliners aint good for waking the dead more than one day out of three, if you know what I mean, Jayzuz H. Crisis!”

Further evidence allegedly has Sal, part-owner of Happy Valley Bowling Lanes, criminally informing his Holes-In-The–Ball-Gang about a recent uptick in business at Happy Valley Lanes due to recent shifts in Brunswick’s marketing strategy. Pressed to answer this charge, Papsi said, “Sure, Brunswick was offering two balls for the price of one; called it their two-in-hand program. Mother Mary, it was a really hot deal, so of course I advised my guys to stock up, long as they didn’t already have the balls.”

Prosecutors said the alleged stock information trading ring was led by Papsi and Michaels who were allegedly paid off by the rest of the gang with rounds of drinks, $2 lottery tickets and satin bowling jackets. Lawyers for Papsi and Michaels would offer no further comment until their clients returned from a beer run.

(Note: this is a re-posting of an earlier blog column that was accidentally erased; sorry for any confusion.P.S.S.)