I was in a fog, which was quite an ordinary event in these extraordinary times.

But out of the fog came the frightening realization the United States of America was gearing up for war. And it was the Russians who were squarely in our cross-hairs. 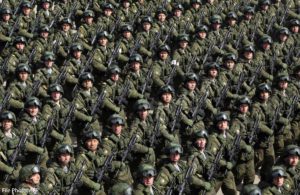 The Russians can hear drums as well as we can.

For months during the campaign I had listened to Hillary Clinton pugnaciously rattle her saber in Vladamir Putin’s face, as if she somehow held the secret to surviving a nuclear confrontation.

Then three months ago, up stepped the Army’s Chief of Staff, high enough in the chain of command that his public words usually reflected administration views. And there he was threatening that America would destroy the Russians and Chinese on the battlefield. In his arrogance, he sounded more like Supreme Leader Kim Jong Un than an American Army General.

This in a video!

I was incredulous when I first heard the Chief of Staff’s menacing words. They reflected a deterioration of relations with Russia that had clearly reached a tipping point. When had conditions gotten this bad between the two countries, I wondered? Had I missed something? Something big…?

Something so big it was worth going to war with a nuclear Russia? 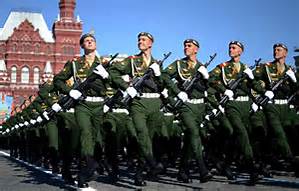 Why else would Obama throw down the gauntlet in retaliation for some crime he can’t be sure the Russians committed. His intelligence agencies have produced reports claiming Russian interference in our election, but they still fail to produce evidence.

And now there is all this anger and outrage being generated by news stories with questionable credibility. Stories leaked and repeated by media outlets nationwide, none of them bothering to verify or check the sources of the original unsubstantiated report. Everyone shouting, “It’s The Russians!” as if we had caught Putin with his hand up our skirt.

Where was the anger and outrage when Hillary Clinton’s campaign turned our primary election into a mockery of the democratic process? Where were the cries for investigation, or the congressional outrage then? You’ll recall there was only silence. A deep silence that reaffirmed itself every time votes were stolen or suppressed in Democratic state primaries. 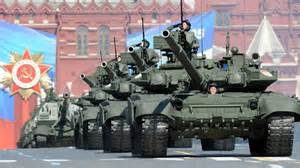 Now that I can step out of the storm—at least the storm in my head—I can see the connections that have become obvious with time. Too many higher-ups in the government, the establishment press, and the Democratic Party were committed to Hillary Clinton’s victory; too many for the train to slow down once it began jumping the rails. By then it was too late for them to admit, even to themselves, that they had backed a losing candidate.

Obama and his administration ignored complaint after complaint about Hillary’s election fraud; petitions with hundreds of thousands of signatures were unceremoniously dismissed. Where was the concern then, so stridently proclaimed now, to protect the integrity of America’s elections?

Yes, our democracy is in danger if foreign powers can control or manipulate our democratic processes. But the same holds true, perhaps even moreso, when the violators come from inside our country’s political and corporate elite.

Now that I’m taking a moment to put the pieces together, 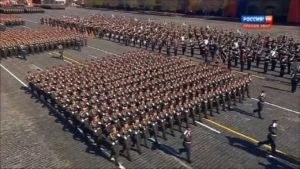 having hidden with my head in the sand for the last few weeks—I can see the dots coming together. I understand that when war-minded Hillary lost the election, the establishment was left militarily bereft. Not only did they no longer have a presidential candidate prepared to take us to war with the Russkies, but they ended up instead with a president ready to enjoy tea and cupcakes with them.

Think of all the weapons our armies won’t get to deplete, then resupply, because Hillary lost the election and couldn’t take us to war. Think of all the money saved by taxpayers and denied to the arms manufacturers?

Think of the oil pipeline through Syria that the Russians might get to build instead of the Americans, a deeply coveted prize that was probably the justification for our Syrian involvement. Even Obama, as he leaves office, seems ready to take his Nobel Peace Prize once again to war, only this time against a power with a nuclear arsenal to back up its geopolitical objectives.

It’s a quandry the establishment and its oligarchs must learn to live with. Somehow the Halliburtons, 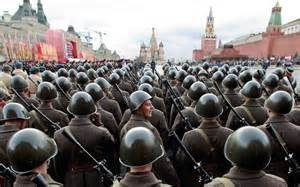 Lockheed Martins and Raytheons must learn to make their billions from peace with Russia instead of war.

I’ve written before why I don’t trust Obama or any of his war-minded intelligence services. “Save your outrage for Angela Merkel” I would tell them. Angela, of course, being the German Chancellor who, thanks to Edward Snowden, now knows the American government was listening in on her private cell phone calls—and probably still is!

Before we allow discredited news vendors like the Washington Post or the New York Times to get us all anxious and enraged with stories about the Russians, stories that never get sourced or validated to any extent, let us find a quiet corner and come to silence, if we can. And think.

Hmm? How many times have we been lied into war by a dishonest administration and a complicit American press?

Too often to not pay attention when it seems to be happening again.

How many lives will be lost in a war with Russia—ours as well as theirs—a cost of war that can never be recaptured once it’s spent?

Far more lives will be sacrificed than we ever anticipate. Thus is it ever so! We were supposed to be welcomed with flowers to Iraq, not IED’s. Plus we were told Iraqi oil would pay for the war.

Anyone recall how that worked out for us?

And who wants this war, anyway?

Nobody I know. And nobody intelligent enough to ignore or forget war’s unfortunate consequences. The soldiers and civilians killed and wounded, the villages destroyed, the systems corrupted, the lives shattered. Not to mention the treasure wasted; treasure that might have funded food, health and education programs for American citizens. Here in America!

How does that sound?

And if we haven’t learned we only foster terrorism, anarchy and hopelessness when we use our military power unwisely, then we deserve everything waiting for us in a war with Russia.

A war only the weapons manufacturers can hope to win.

And, of course, the undertakers. 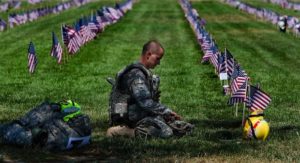 Also about the election: Why Millennials Will Never Vote For Hillary., What Did Obama Know And When Did He Know It?, Have You Had This Talk With Your Children yet?, The Russians Wrote This, Too!  The Drums of War,