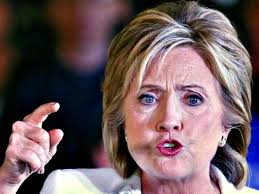 I know, I know! My candidate lost the Democratic primary (written August 2016) and now it’s time for me to fold up my Bernie tent and move over to Hillaryville, where everyone is dancing in the streets over Hillary’s being the first woman nominated to the presidency by a major party.

We Berners are like a family. We like each other and try to treat others will respect and kindness. Not surprisingly, people who respond to a man like Bernie and his call for a revolution would be basically fair-minded, well-meaning and heart-based. We want to change the system even if we are doing well within its orchestrated machinations. We care about others and want to see the fruits of our combined prosperity equally shared and enjoyed. We don’t need to actually have our own children in lifelong debt from college obligations to know the system is wrong and needs to be changed. We don’t need to go to sleep hungry to know that too many people are living in poverty and that that, too, needs to be changed.

We Berners are also so committed to treating others fairly that we cringe and respond angrily when we witness some egregiously unjust situation unfold. Egregiously unjust, like the theft of the Democratic nomination which we all recently witnessed, and experienced as if we had been trapped in a twisted, horrible and inescapable nightmare.

Having watched Hillary and the DNC crapping with utmost disdain and arrogance on Bernie’s campaign by repressing our votes, cancelling our votes, changing our votes and shredding our votes; by making us travel many miles to vote, then wait many hours in line, often only to learn our party registration had been mysteriously switched, or our name had been purged from the voter lists, or that we had been given a ballot destined to be thrown away rather than counted. This is what we witnessed for over 6 months, culminating in a California primary election that proved to be a rehash of Hillary’s Greatest Hits against the precepts of Democracy and the hopes of the Bernie Sanders campaign.

The fact that President Obama, Vice President Joe Biden, the corporate-owned media-ocrity, and the different state Democratic Parties were all co-conspirators, if only through their deafening silence, only makes the pain and torment of being cheated, unfairly beaten and then abused for refusing to accept Hillary’s fraudulent victory all the more unacceptable.

And so, Hillary, I offer the simple premise that you and the DNC have burned down whatever bridge we Bernie supporters might have crossed to ultimately return to support the Democratic nominee. In truth, you actually trashed, burned, shredded and stole that bridge.

Just like so many of our votes for Bernie Sanders.