In honor of our recent snow storm, an excerpt from “Or So It Seems” by Paul Steven Stone

Yesterday here in Boston it was supposed to 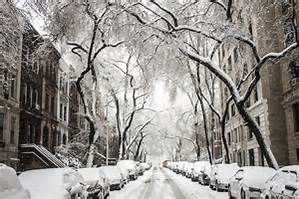 snow. The weather forecasters had predicted eight to ten inches with a foot more expected up north. What we actually experienced when everything was said and done was an unseasonably warm day in the upper fifties with the sun shining through high wispy clouds. A day as it turned out where thousands of snow shovels were sold in what was possibly the year’s last frenzy of winter storm panic shopping.

Of course weather prediction is far from an exact science, especially in New England, but there is still something dramatic and momentous about a predicted snowstorm that never arrives.

When I was a child growing up in Brooklyn and would watch snow falling I can remember thinking that snow was some physical substance that collected in the clouds until there was so much accumulated it finally broke through. Almost like a mathematical formula describing the inevitable result of supply exceeding storage capacity.

One time when I was in elementary school we were told a major snowstorm was on the way but like yesterday’s storm it never materialized. I recall wondering if someone might have made a mistake about the amount of snow that had accumulated in the clouds?

Maybe enough snow had not yet collected, I reasoned?

but wrong about how much the clouds could hold…? 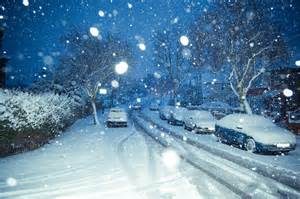 Well whatever the reason, I was certain that the snow which had been predicted—the snow that did not fall—was still up there, high in the clouds…waiting. Waiting for more snow to collect. Waiting until the clouds were so full and sodden with snow they had no choice but to burst open.

Then of course all the snow would fall down and cover the asphalt streets of Brooklyn in a numbingly soft and pure whiteness.

As a child such simple ideas were the foundation of my understanding about the way things worked. No different, I would guess, from the assumptions and beliefs of most children.

Today when I wander through memories of my father, my mind approaches the subject with that same childlike innocence. And somehow I believe that the love I never received from my father was like the snow that never fell from the clouds. It did not vaporize or cease to exist but was merely held over. Waiting for enough love to collect. Waiting until so much love accumulated it would break through all restraints and finally—freed at last—fall like a gentle snow upon my life and the lives of my children.

As childish as it sounds something in me wants to believe that love builds up in the course of human experience so that if it fails to shower down in one life it will inevitably find release in another.

That same inner part of me knows that the love I share with my children has been made large and overwhelming by the love that never fell from my father’s heart.

That hunger for a father’s love must have colored Dad’s childhood as well, since his father—my grandfather Izzy—was notorious for being a stern and distant parent. Is it any wonder then that Dad, being so unfamiliar with love and how to get it, searched for it so relentlessly outside the boundaries of his family?

Searching for it in his work, his friends, even in the company of strange women.

My father’s tragedy was that he never saw the abundance lying nearby for the treasure that was always beyond his reach.

I believe we are all waiting for snow that never fell. Some of us, the lucky ones, learn to create that snow for ourselves while others only learn to imitate the loveless behavior of their parents.

“Dad,” Mickey mutters, squirming under the covers, “would you turn out the light!”

“In a few moments,” I promise softly. “Turn over now and close your eyes.”

He makes an angry noise and turns over as instructed.

“Thank you, sweetie,” I whisper, tapping him softly on the shoulder.

“I love you,” I tell him softly, almost singing the words.

“I love you, too,” he grunts back with a testy shake of his body.

In scarcely a moment my little boy will be sound asleep again. 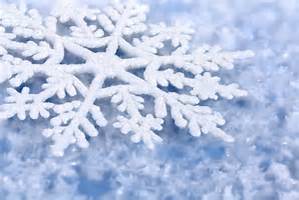 Most likely he will never remember waking up.

Most certainly he will never even know it snowed.

From my novel “Or So It Seems.”