I need to talk with you about something. No, nothing’s wrong with me. It’s just, 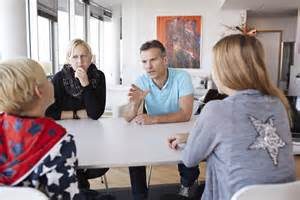 as your father, it’s my responsibility to prepare you for life. No, this has nothing to do with sex! It’s about my legacy for you; what I hope to leave behind.

And why I’ve seemed so sad lately.

I feel rotten telling you this, but you know how I’ve always told you to be grateful you live in a free country? And that either one of you could grow up to be president?

Well, kids, that was a lie. It’s just not true.

The truth is we live in an oligarchy, controlled and managed by politicians and fully-paid-for by our country’s corporate masters. Not only are our political leaders for sale, but our elections are a sham.

That means they’re a joke. A farce. A hoax!

This is all my generation’s fault. We were too smug and self-satisfied with our electronic toys, 24-hour online shopping and NFL Sundays to question the foundation and fabric of our republic. Even when we witnessed George W. Bush stealing the presidency, we hoped it was merely an anomaly, something that would never be repeated, especially with the entire country now on notice.

Kids, I wasn’t just wrong, I was dangerously wrong!

As sure as I’m sitting here now, Hillary Clinton stole the Democratic nomination this year; her preamble to stealing the general election, I’m sure. She only lost to Donald Trump because he either out-cheated her, or she was so unpopular she could never have stolen enough votes.

I know you haven’t heard a word about this in the newspapers or on TV. That’s because—as crazy as it sounds—the media, the federal government and the Democratic Party all conspired to ensure Hillary Clinton won the Democratic nomination. And that conspiracy extended to the general election as well, but turned out to be insufficient, given how crooked and disliked Hillary Clinton was.

Was Obama in on it? He must have been. If he wasn’t, then somebody needs to take a close look at Loretta Lynch and James Comey, both of whom seemed to have lost their inner moral compass in confronting Hillary’s many crimes.

What crimes? Being totally careless in protecting our nation’s secrets. Destroying evidence. Obstructing justice. And then there’s her famous Pay-To-Play stint at the State Department. Nothing of much interest to those who swore to protect and enforce our system of justice.

Hillary was so unpopular she couldn’t draw a crowd large enough to fill a high school gymnasium. The few that did show up were probably paid for their attendance. Just like the actors shipped in to fill the empty seats at the Philadelphia convention after Bernie’s delegates walked out. Yet another bit of news never mentioned by CNN or the rest of the media.

I know, I know. It’s totally unbelievable, which is exactly what the conspirators counted on. I could show you the deviation in exit polling in the different state primaries, which absolutely proves election fraud, but you probably wouldn’t understand it. Nor would you understand why nobody—not the national press or the United States government—or any of Hillary’s supporters, for that matter—seemed to give a damn.

It was actually quite comical—if anything was humorous in this depressing political season—when even the most prestigious newspapers like The New York Times ignored the facts in their attempt to explain why Bernie Sanders’ supporters would never vote for Hillary; even in the face of a Trump presidency. Obviously, the press couldn’t mention the election fraud they had purposely ignored. In only reporting news that would help Hillary, they had abandoned their journalistic integrity.

The missing ingredient in their news stories was the fact that Bernie Sanders’ supporters were outraged at having their votes stolen and suppressed. They could mention our anger, but not the reason for that anger. Even though they knew damn well why we were so angry.

I know, kids, this isn’t easy. I’d rather be talking about the birds and the bees than tell you our democracy has been stolen and America is now owned, lock, stock and barrel by a group of billionaires who couldn’t care less about your welfare.

And so, kids, your father will go to his final resting place unhappily leaving behind an America far diminished in its Democratic ideals and shared economic opportunity. When I was your age, America was a wonderful place where we cherished the notion any child could grow up to be president through diligent effort and hard work.

Today it seems like the game is totally rigged and everyone has to play along to move up the political ladder. Crooked politicians have become the norm; deceit, self-interest and greed now rule where integrity, compassion and generosity once held sway.

Okay, that’s all I have to say about that. But while I have your attention, there’s something else I need to talk about.

Let me start by asking if either of you know what foreplay is…?

(NOTE: this is a rewrite of an earlier post “Have You Had This Talk With Your Children Yet?” updated to reflect the outcome of the presidential election)

Also about the election: Why Millennials Will Never Vote For Hillary., What Did Obama Know And When Did He Know It?, Have You Had This Talk With Your Children yet?

2 thoughts on “The Facts of Life in America.”