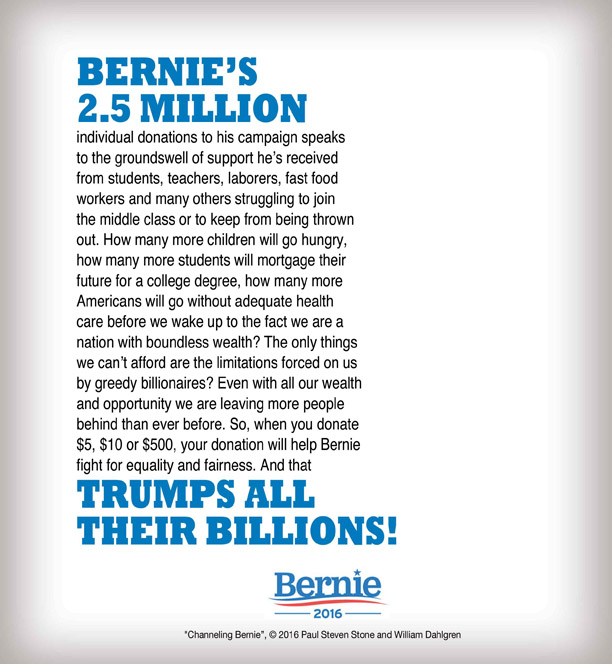 This must be what a prairie fire looks like. It starts out small, perhaps just a few cinders blowing in the wind, but then it takes root and a critical milestone is reached when, suddenly, all around, everything is burning—brush, trees and grass all aflame, so there doesn’t appear to be a way in or a way out of the conflagration, just the entire visible world on fire and sending up smoke. And so it is with the Bernie Sanders campaign. Fueled today by literally millions of small donations (mine among them) and heading like a fire out of control from the backwoods and hinterlands of small states to the more populous cities and commerce centers. Everywhere you find people whose own experience resonates with Bernie’s words. Young people who can’t afford college and are forced to take on crushing debt, older people whose Social Security payments aren’t enough to live a comfortable life, families crushed by incredible medical costs, fast food workers who can’t emerge from poverty, African-Americans afraid for their children. And so it goes…and so Bernie’s campaign grows. Stand back or you might get burned.

NOTE: This ad was NOT authorized or endorsed by the Bernie Sanders campaign.