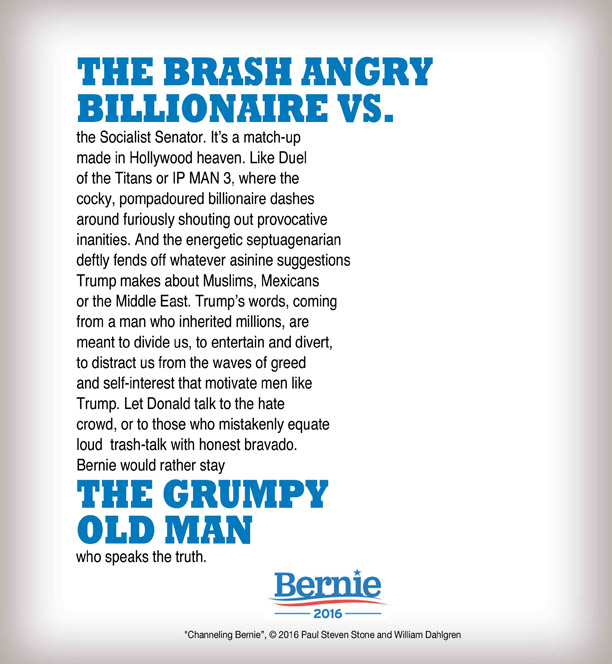 Much has been said (by me) about Hillary’s challenges in squaring off against Bernie. Let’s take a look at Bernie against the presumptive Republican nominee, Donald Trump, who polls suggest would more likely fall to Bernie than anyone else (Sorry, Hillary!). PLEASE PASS THIS ON, or SHARE, so that enough Democrats wake up in time to realize Bernie’s true potential.

NOTE: This ad, nor the entire ad campaign, has been authorized or endorsed by the Bernie Sanders campaign.