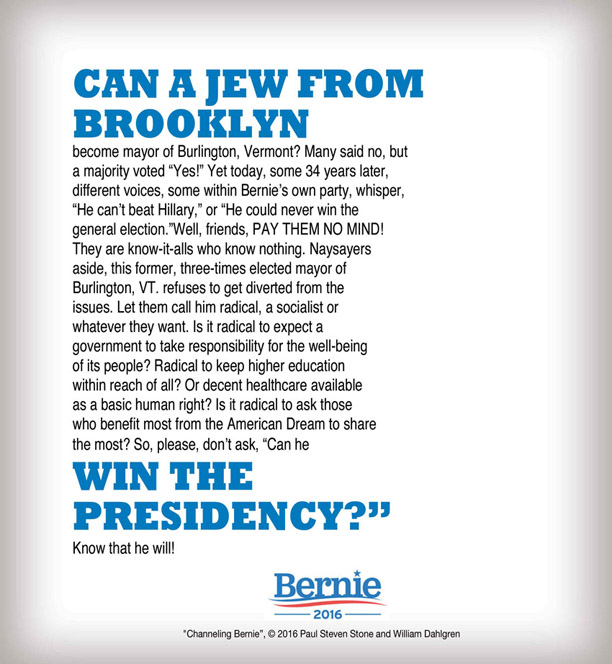 “A Jew can’t win the White House!” the story goes. And certainly not a Jew who’s a Democratic Socialist. Or left-handed. Or a man in his 70’s. Or someone who regularly steps on sidewalk cracks. Or a man with a Brooklyn accent. Even if he actually speaks English!

If you’re still listening to Hillary supporters or political pundits who will give you half a dozen reasons why Bernie can’t win, just listen to what they’ll say once Bernie wins an early Democratic primary. They’ll be the ones to tell you “Bernie can’t lose!” then ask for a job on the campaign. Truth is Bernie could win and Bernie could lose. It all depends on two things: first getting Bernie’s message out, then getting his supporters to the polls.

And whatever you do, don’t stop believing!