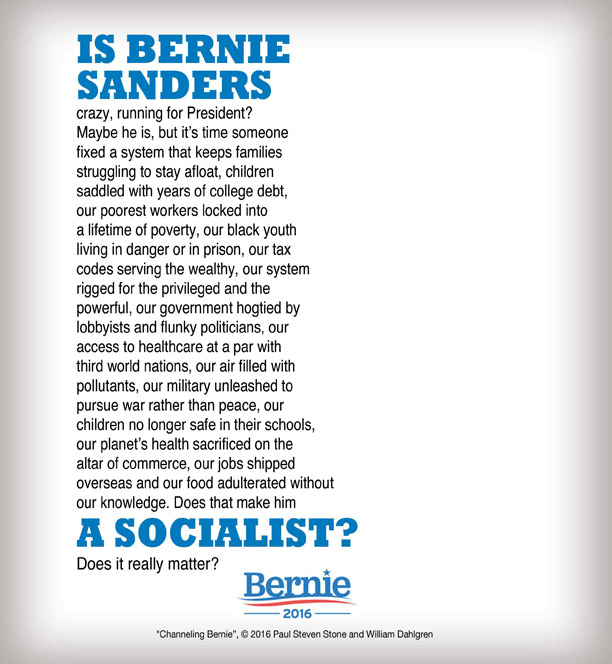 With growing respect and burgeoning hope, I’ve watched this rumpled, self-declared Democratic Socialist Senator from Vermont offer his plain sense, speak-the-truth campaign for the Presidency of the United States. Hell, he ain’t pretty, he’s certainly not packaged for public consumption, but he is wise, honest and authentic. And, damn it, he believes America has a responsibility to care for the welfare of its citizens. As do I. And so I felt the need to do what I do best, create advertisements that sell a product that, in this case, is truly worth selling. So, together with my talented colleague Bill Dahlgren, I’ve created a series of ads that attempt to channel the policies and positions of the man whose compassion, common sense and courage America urgently needs right now. Watch this location for future ads in the series. And, please, share this with your friends.

This ad has not been authorized or endorsed by anyone in the Bernie Sanders Presidential Campaign.