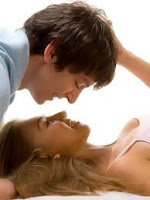 It wasn’t enough that they abandoned thousands (literally thousands!) of young children to the sexual appetites of predatory priests, but now America’s Catholic Bishops feel they have the moral and spiritual obligation to tell the rest of us how we should behave—and vote!—to validate their right to dictate public morality and individual behavior.

Defending what they describe as their “Religious Liberty” they are campaigning and essentially joining forces with the largely Protestant right, aligning themselves with Republican presidential candidates, in order to combat federal regulations that support the equality of homosexuals, the distribution of contraceptives and the right of women to have abortions.

You don’t have to read between the lines to see the Bishops care more about the welfare of unborn children than the protection of real children in their care. Their protection was reserved for pedophile priests who feasted off the young and innocent like hungry vampires.

It’s a sorry state of affairs that the Bishops today are more interested in defending a discriminatory definition of marriage than the quickly crumbling social safety net that was once so critical to their mission of service. Where is the voice of moral indignation that once clamored for the rights of workers and justice for the poor? Why are these very same Bishops not standing alongside the victimized, non-violent warriors of the Occupy Movement? That’s where Jesus would be. Certainly, he would not be standing with those attempting to shut out “undesirable” segments of society from their rights and privileges. Nor would he have allowed deviant priests to move among children with impunity, quenching their sexual thirsts while destroying lives.

How strange that this enabler of pedophile priests, this destroyer of childhoods, this institution too-tightly-controlled by the corrupters themselves to ever really change, should tell others how to live their lives, how to vote, or what to think. What hypocrisy, what sham morality!

If the Bishops ever learn to see beyond the walls of their enclosed insular world, they would see humanity thirsting for an honest, moral voice to lead us out of the wilderness. And they would silence their cruelly divisive attacks for fear of drowning it out.