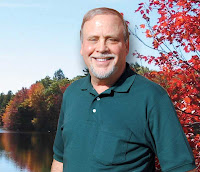 Author Paul Steven Stone will be reading from his work on Friday, June 5th, at the Dire Reader Series, offered at the Out Of The Blue art gallery, 106 Prospect Ave., Cambridge, MA. Joined by fiction writer Kim Adrian and poet Diane Lockward, Stone will be reading from “Or So It Seems”, his innovative, comic romp of a novel, as well as from “How To Train A Rock” (just released!), his collection of short insights and fiction flights. Both books are published by Blind Elephant Press and available for purchase on Amazon.com.

On May 11, 2009 in Cambridge, MA, there was a battle between two veteran heavyweights of the poetry arena, Doug Holder and Marc D. Goldfinger. Legends will surely arise about what happened that night at The Out Of The Blue art gallery, but this poem written a few hours after the poetic slugfest captures the myth at a moment when it is still bite size and chewable. Enjoy.

The Battle Of The Bards
by Paul Steven Stone

It began as most slugfests do
With sharp tongues keeping time
In a strange pas de deux,
The man suspendered in red
Drew first blood with words
Some other poet had bred,
Then Holder raised a clenched fist
To read from pages of white
The first poem on his list,
And thus a mighty battle ensued
Between two gray-beard poets
In a gallery of blue.

Oh, to watch these wizened old men
Parry and feint and dance
As if they were young again,
Goldfinger under his hat
Takes a swing at Holder
With an ode to Kerouac,
Holder, still standing tall
Recalls his youth and
The Long Island sprawl,
There are poems of all stripes,
Tales of junkies, beggars and egos
Do battle through the night.

And I, perched on my hard seat
Finally realize just who
These warriors of words hoped to beat,
It was not each other they faced
But Father Time whose traces
No poem could erase,
And when the battle was done
So that all weary fans
Could trembling head home,
We would recall this poets’ fight
And with wistful gratitude
What they both had won tonight.