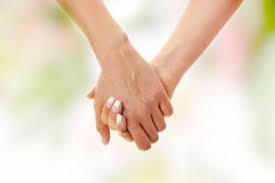 I offer this previously published essay in celebration of the United States Supreme Court’s decision last Friday to strike down state laws that discriminate against same-sex marriages. The essay was written in 2003, soon after the Massachusetts Supreme Court ruled such discrimination unconstitutional. Almost immediately after that ruling, Reverend Ken Read-Brown of Old Ship Church in Hingham officiated at the marriage between two women of the congregation who, after years of sharing their love on the fringes of society’s acceptance, were finally allowed to step openly into the center where all God’s children belong.

THE WATER IS WIDE

The water is wide, I can’t cross over
And neither have I wings to fly
Build me a boat that can carry two
And both shall row, my love and I

Once, long ago, they charted different courses and followed different stars as they sailed toward their destiny and ever closer to each other. Neither knew the other would appear along the way like a treasured companion once lost and now found, nor that all of us—a church filled with friends, relatives and well-wishers—would gather to celebrate and honor this love they had shared for seventeen years.

Theirs was a voyage and a love affair not embarked upon lightly. Two women whose intentions of the heart broke society’s rules of acceptable behavior with each smile and tender thought that passed between them. Now, no longer guilty of some unnameable crime, no longer forced to hide their love as if it were shameful, no longer barred from rites and privileges held high and unreachable by a world so myopic it could only recognize the most ordinary of love’s many guises, they came to our church to sanctify and solemnize their bond.

Oh, love is handsome and love is fine
The sweetest flower when first it’s new
But love grows old and waxes cold
And fades away like summer dew

How the heart overflowed to see their faces lit with joy and, yes, the nervous uncertainty of brides. How like brass horns welcoming home a host of angels did the words of the brief ceremony cut through the darkness of our separate lives to feed our hungry spirits. We were there to celebrate life and love, and to bear witness to two lives joining as one. There was no place in this centuries-old sanctuary for fears or concerns about hateful people, peevish politicians or homophobic religious groups. Such negativity could not be kept at bay indefinitely, but it would not find itself a welcome guest at this particular wedding.

The water is wide, I can’t cross over,
And neither have I wings to fly
Build me a boat that can carry two
And both shall row, my love and I

Now they are wed. The two are joined as one. And the voyages they chart, the waters they navigate, will from this day forward be mapped out on a single axis. A few short years ago, no one could have predicted we’d gather today to celebrate their marriage, in a church that has seen marriage vows exchanged hundreds of times in its 329 years. And though something profoundly different happened this morning, something also remained profoundly unchanged. So that one day, perhaps, with the sharp vision hindsight often brings, it may seem less significant that two women were married this day than that love, once again, overcame all obstacles.

Dedicated To The Memory Of Matthew Shepard

As legislatures and church groups scramble to prevent same-sex marriages from becoming legal in states across our nation, I feel the need to offer a few relevant thoughts.

First off, politicians may be able to legislate marriage but they can never legislate love. As a popular song once said, love is a many splendored thing. No matter if it’s the love of a man for a woman, a woman for a woman or a man for a man. Love, like rain, is no less pure because it falls upon one gender or another. It’s not same-sex marriages that deny the essential nature of love, but those who would tell the rain where it can and cannot fall.

Who has the authority to sit in judgment of the human heart? Surely not a politician. Who among us stands so high they can look down and decide when love is right or when two lovers are wrong in their pursuit or expression of love? Certainly not a legislature or a church.

How solid is moral ground when it denies one group of consenting adults the rights so indifferently offered to the lowest life forms in our society? Are our political leaders concerned that convicted murderers, rapists and pedophiles have the right to marry? Or that foreigners can use marriage as a backdoor pass into our country? But in their rush to protect the sanctity of marriage they would lock out gays and lesbians as if an alternative sexual orientation were the ultimate threat to the fabric of society.

Of what are they so afraid they would rather protect the status quo than the rights of fellow citizens? Why do they isolate and negate those whose only crime is to ask that their love be sanctioned on an equal basis to everyone else’s? A civil right so overdue and wrongly denied, its advent must ultimately prove unstoppable.

And now these politicians use the very state constitutions that protect their rights to squelch the rights of a minority to marry and live among us as equals. If only these deluded moralists could see their actions are driven by the same fears and impulses that led to the brutal and tragic murder of 21 year old Matthew Shepard. No doubt, it is far less extreme to withhold rights from a minority than it is to take the life of a young man, but they are both links in the same chain of ignorance and blind prejudice.

So enough of this foolish and hurtful attempt to hold back the tide. It is time our political leaders stopped resisting change and began guiding us through it. Time that all citizens were afforded the right to marry—as well as love—whomever they wish. For love is a many splendored thing, no matter the age, religion, race or gender of those lucky enough to find it.

As Shakespeare might well have said, let us not to the marriage of two hearts admit impediments.