Can anyone seriously believe the theft of the Democratic nomination went unnoticed? That it was overlooked or deemed too trivial to be reported by the national press?

How could you not see it? How could anyone avoid seeing it? The political landscape was littered with telltale signs with almost every primary. Wrongly switched party registrations. Purged voter lists. Flipped electronic votes, uncounted ballots, rigged state conventions, 5-hour voting lines and, most of all, the glaringly obvious discrepancies between election results and exit polls? Discrepancies shockingly higher than the deviation allowed when the U.N. monitors Third World elections.

Whether this is a conspiracy we’re witnessing or just a confluence of coincidental interests, the corporate media has blacked out any mention of the biggest news story of 2016, the massive rigging of the Democratic primaries.

As a reasonable human being, I maintain nobody could be that ignorant or blind, unless it was intentional. If the National Press didn’t see it, THEY DIDN’T WANT TO SEE IT! The election fraud was pervasive and obvious! We all knew the fix was in—we all saw it in living color, primary night after primary night, on our wide screen TVs. It was like a thumb poked in your eye, which doesn’t kill you but certainly catches your attention.

The theft was embarrassingly obvious, wasn’t it? I don’t have to convince you. You already know. We all know! Rational, politically-unaffiliated adults would have to agree the entire election process was corrupted by forces out to ensure Secretary Clinton became the Democratic nominee. Yet most Hillary supporters whistle into the sky and pretend their candidate won the nomination fair and square. 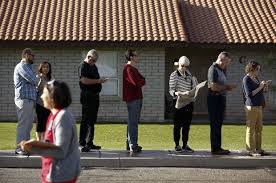 Of course, the story is far from over, but we are nearing the final chapter for the Democratic brand as we once knew it. How self-defeating of the DNC to become an enemy to its own constituents, to suppress and steal their votes; all to benefit a woman so amoral she would steal the American presidency. And how blind not to see her deceitful behavior violated the very spirit and soul of the office she was seeking, possibly to achieve some selfish vision of American history. The Democratic Party was once proud and well-meaning. It was the party of Franklin Delano Roosevelt and Harry Truman. The party of Kennedy, Johnson and Adlai Stevenson. A party of integrity.

But that was then. 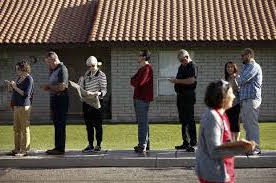 Today, it’s become a party whose character, sadly, isn’t strong enough to resist the lure of Hillary and Bill Clinton or all that easy Citizens United money. The Democratic Party has sold its soul, its mission and, yes, its once proud brand down the river under the pungent lure of Power, Purse and Privilege.

The Democratic brand still stands of course, but it has been irrevocably changed, irrevocably sullied. Stained by the persistent recurrence of sacrificed values, sudden rightward directional shifts and abandoned constituents. This is now the Democratic Party of the wealthy and the privileged. Once it was the party of the middle class—the working stiffs, the little people, the immigrants, the elderly. Nobody interesting enough for the pages of People Magazine.

The biggest reason why Berners won’t support Hillary, even with Donald Trump looming in the background, is that every Bernie supporter felt personally robbed or affronted when, in primary after primary, Democratic Party minions acted as agents for Hillary and obstructions to Bernie. They had their thumb on the scale and wouldn’t take it off.

So, faced with a choice of two evils, don’t be surprised if Bernie’s legions go somewhere else with their vote. Maybe to Jill Stein or Gary Johnson or, even, the Donald Himself. ANYONE BUT HER!

Once there was a Democratic brand that stood for America’s working class. A brand for the people. A brand for a party committed to ensuring the wealthy and powerful didn’t trample on the rights of the middle class. That party is now dead. And it died during Hillary’s torturous climb to the nomination.

Of course the Party still pretends to care about the welfare of the people. But its brand seems more Republican every day. There is no apology for this new stance. They think nobody will notice or complain as they rake in all their new millions in contributions. Money not only from supporters, but from people and corporations they once eschewed: the Monsantos, the Comcasts, the Blankfeins, while they hungrily vie for a seat at the billionaire table. A party eager to be a force for its own sake rather than for the good of the American people; motivated to perpetuate itself, if only to keep the parasites fed.

This is the new brand of the Democratic Party.  Self-interested. Self-important. Self-justifying. Almost criminal in its commitment to its own survival and comforts. How appropriate that Hillary Clinton is poised to be their leader.

One could easily say they deserve each other.